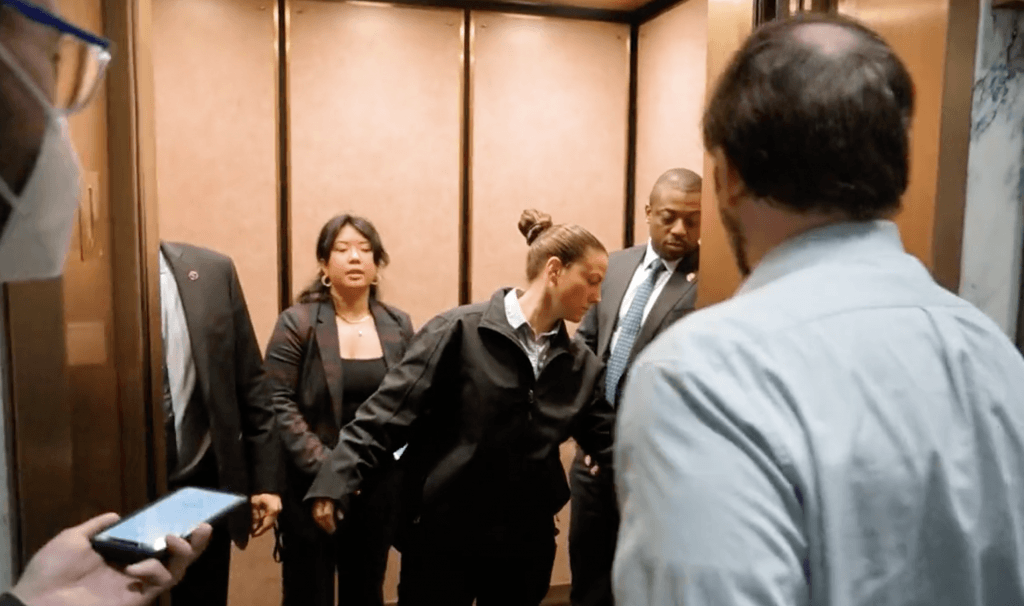 “Last week, Kathy Hochul played dumb and refused to comment about our state university inviting a convicted cop-killer to speak on campus, and this week, her radical hand-picked ‘defund the police’ lieutenant governor refuses to answer questions about bail reform. This administration is an utter embarrassment and not equipped to lead our state. They are hiding because they are all in with the radical left and trying to dodge their self-made crime crisis to get through the next election. Voters cannot place an ounce of trust in them to fix the mess they created, and that’s why we need to elect the Republican Zeldin-Esposito ticket to restore safety and sanity to New York.”