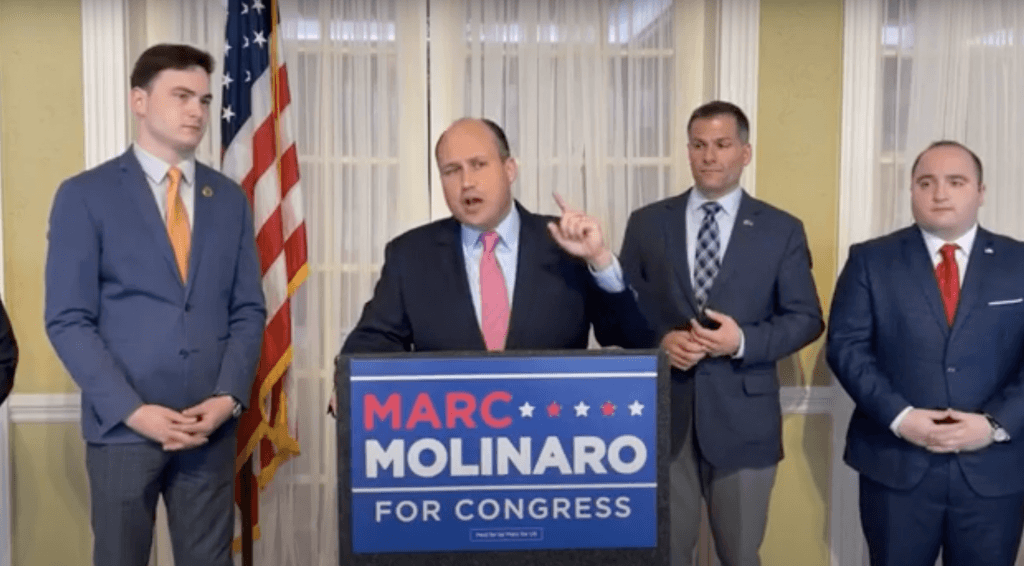 Chairman Langworthy traveled to Dutchess County where he noted that flipping NY-19 from blue to red is one of the Party’s top priorities this fall. He slammed national Democrats for their recent 180 on support for police now that polling shows voters are outraged by their bail law and “defund the police” movement.

“Don’t let him fool you–A vote for Antonio Delgado is a vote for Nancy Pelosi and AOC,” said NYGOP Chairman Langworthy. “He supports the dangerous bail law, takes campaign money from the radical left and wants to empty our jails while tying the hands of law enforcement. Democrats like Antonio Delgado created this public safety crisis and the only way to fix it is to throw them out of office and elect common-sense leaders like Marc Molinaro who will restore safety and sanity to our communities.”

“Antonio Delgado is attempting to dupe his constituents into believing he is pro-safety and pro-law enforcement when he is in fact an ardent supporter of New York’s failed cashless bail laws and defunding the police,” said Dutchess County Executive and candidate for congress Marc Molinaro. “If he was serious about his all-too-convenient election-year flip-flop on this issue, he’d return the money he’s received from anti-police groups like AOC’s PAC, and refuse the Working Families Party’s nomination.”