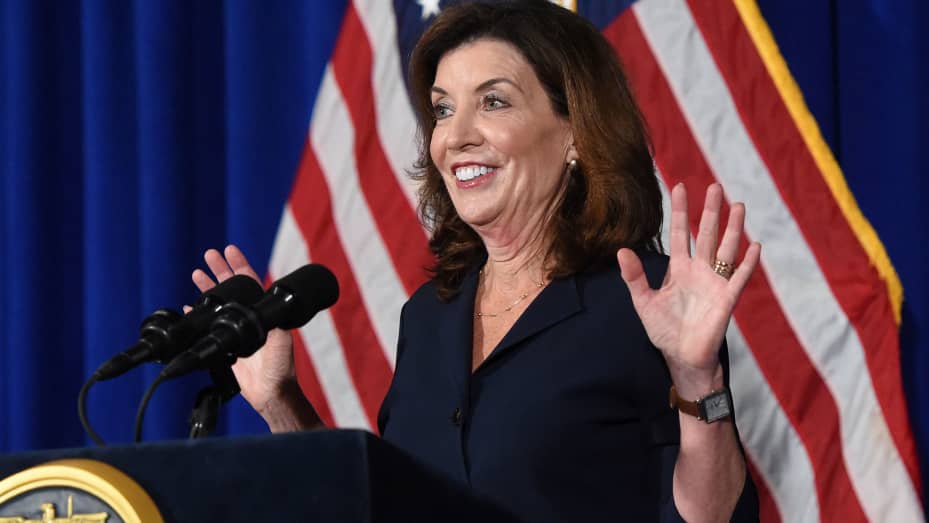 “Kathy Hochul is the definition of a craven, phony politician. She said she wouldn’t budge off the bail law after two NYPD officers were murdered and innocent New Yorkers were being pushed in front of subways, attacked on the street with hatchets and followed into their homes and stabbed to death, but her disgraced former partner Andrew Cuomo pipes up and all of a sudden she has seen the light. Her brazen opportunism is stomach-churning. Both she and Andrew Cuomo need to be reminded of the fact that their administration advocated for and signed the abomination that is bail ‘reform’ into law. They have blood on their hands and no amount of 11th-hour political maneuvering will change that.”