Nicholas A. Langworthy, 38, was unanimously elected as Chairman of the New York Republican State Committee on July 1, 2019, making him the youngest person to lead the Party in its history.

Langworthy ran for chair on his vision to rebuild, retool, and revitalize the New York Republican Party. His tenure represents a new era of leadership for the NYGOP that will focus on growing and strengthening the grassroots of the Party, recruiting strong candidates and winning elections by making a robust case for Republican principles of smaller government, lower taxes and individual liberty.

Langworthy’s influence and leadership in New York State politics have been independently recognized in Buffalo Business First Magazine’s “Power 250” Ranking of Western New York’s most influential people every single year from 2013 to 2019. He also has been included in City and State Magazine’s list of New York State’s “Power 100” and was named one of their “40 under 40” in 2017. Following his successful election in 2016, President Donald J. Trump named Langworthy to the executive committee of his transition team.

A lifelong Western New Yorker, Langworthy is a 2003 graduate of Niagara University with a Bachelor’s of Arts in Political Science. He is a 1999 graduate of Pine Valley Central School in South Dayton, NY. He and his wife, Erin, reside in Amherst with their daughter, Madeline.

Looking for more information on one of our clubs and want to join or have general questions? Please fill out the form below and a representative will return your message soon.

The New York Republican Party is the party of taxpayers and commonsense. We are fighting to stop the tide of outmigration and end New York’s status as the highest taxed, least business friendly state in the nation. We believe in a limited government that is effective and efficient. We believe in the rule of law and stand proudly for our flag and our brave men and women in uniform. We believe in creating more school choice and parent’s rights. We believe that through smart Republican policies of lower taxes and less onerous regulations, we can unleash New York’s economy and create prosperity for generations of New Yorkers. 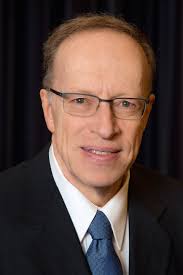