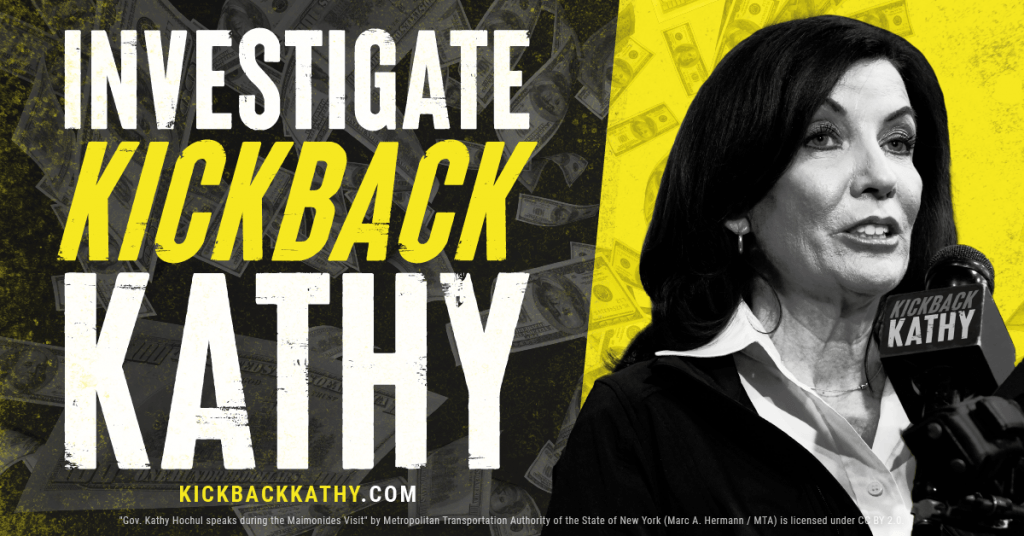 Hochul has been under fire after several exposes detailed the billions of taxpayer-funded, no-bid state contracts Hochul has been awarding to her top donors. Hochul has been extending her emergency powers in order to unilaterally award contracts without going through the normal bidding and review process.

“Kathy Hochul has taken Andrew Cuomo’s corruption empire to a whole new level,” said NYGOP Chairman Nick Langworthy. “It’s the worst secret in Albany that she and her cronies put the word out that anyone who has business before the state better pay up to get access. She is selling billions of taxpayer dollars in exchange for her $50 million war chest. In other states, people would go to prison for this corruption, but in New York under one-Party Democrat rule, we are calling on voters to take their power and their money back with their vote.”