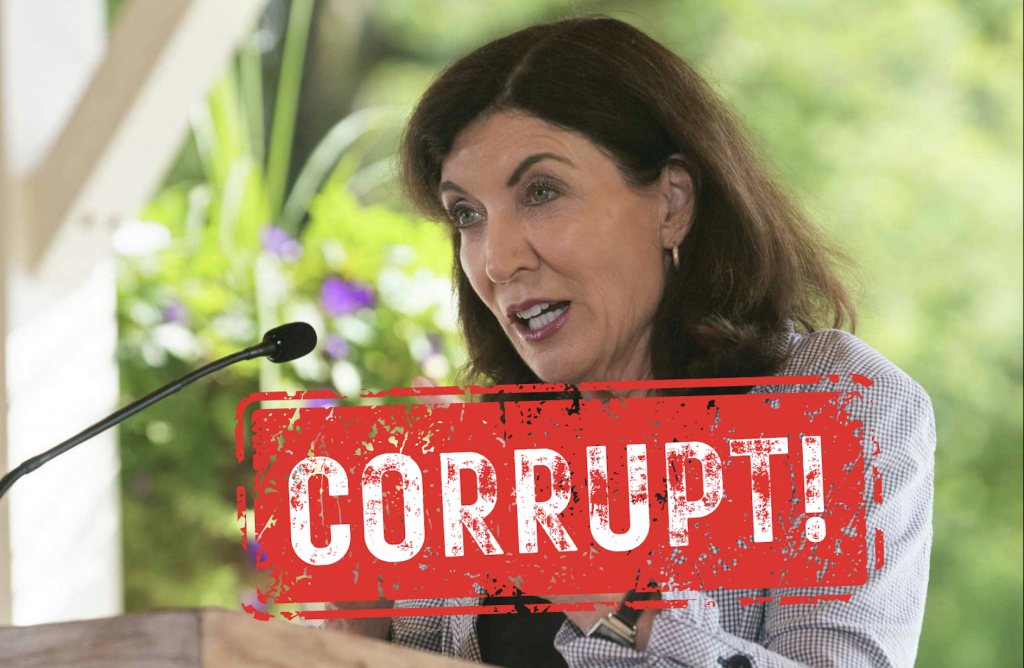 “It’s the very least she owes taxpayers to give this ill-gotten campaign cash to a charity instead of using it to run her nasty, dishonest attack ads.”

Albany, NY–September 20th…New York Republican Chairman Nick Langworthy today called on “Kickback Kathy” Hochul to donate the $300,000 in campaign donations she received as a result of a massive pay-to-play scheme that cost taxpayers $637 million for a no-bid contract to a top donor.

Hochul has been under fire for a kickback scheme whereby the governor abused her emergency powers to give a $637 million dollar no-bid contract to a company that charged the state double the value of covid tests. In exchange, Hochul received $300,000 from the family members of the company. Just recently it was revealed that California paid 45% less for the same tests. Langworthy has called for criminal investigations into the matter. This is just one of several examples of Hochul engaging in pay-to-play, following in the footsteps of her mentor, Andrew Cuomo.

When the first expose on the deal was published, Chairman Langworthy submitted Freedom of Information Law requests to obtain all communications between the Hochul Administration and the company, Digital Gadgets. The Administration stonewalled and denied the request and the Party’s subsequent appeal is being ignored.

“This crooked deal stunk on its face, but the more we learn about it, the more we see just how seriously corrupt it was,” said NYGOP Chairman Nick Langworthy. “This was a brazenly illegal kickback scheme that defrauded taxpayers to the tune of hundreds of millions of dollars. It needs to be criminally investigated, but the very least she must do is to give away this ill-gotten campaign cash. It should be donated to a charity to help the taxpayers who footed the bill for this corrupt deal, instead of using it to fund her nasty, dishonest attack ads.”