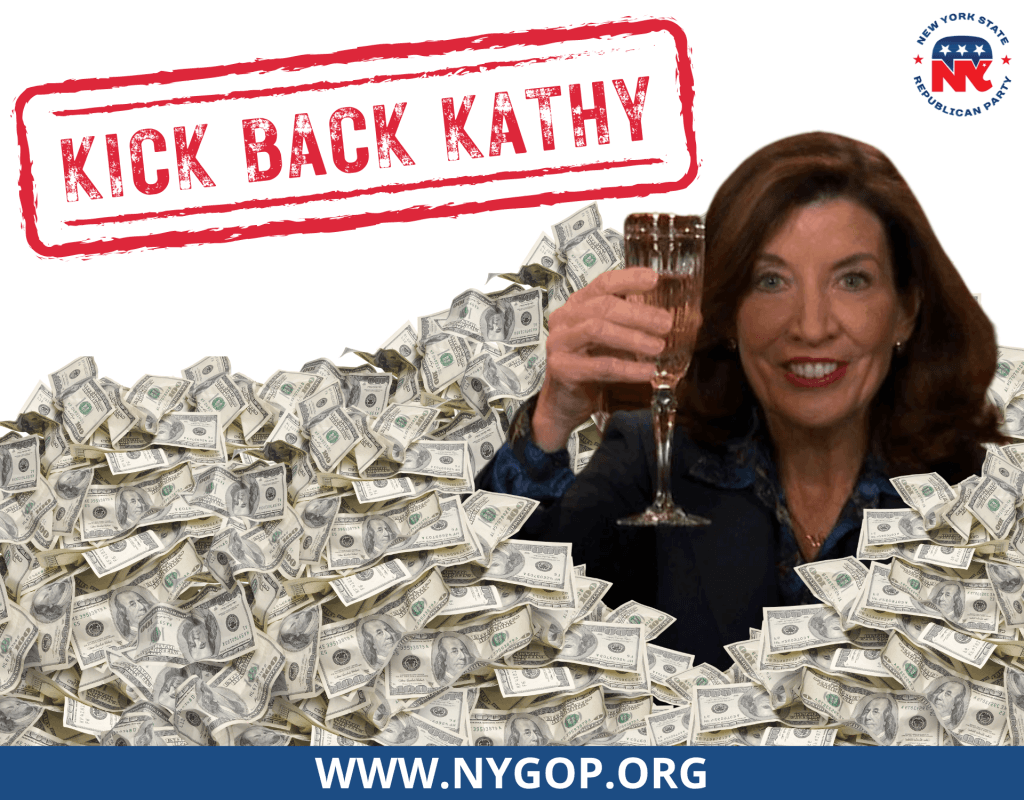 NYGOP CALLS FOR NEW INVESTIGATION INTO

Albany, NY–August 2nd…The New York Republican Party today dubbed Kathy Hochul as “Kickback Kathy,” the new reigning champion of Albany corruption, and called for a new investigation into the latest pay-to-play scheme involving one of her top donors receiving a contract from the state worth $5 billion dollars.

This latest scandal comes on the heels of revelations late last month that another donor who gave $300,000 to her campaign received a $637 million no-bid contract for covid tests from a company known for selling hoverboards through QVC. In the last year since becoming governor, Hochul has raised a staggering $34 million, largely from entities with business before the state.

“Kickback Kathy is the new reigning champion of the Albany cesspool of corruption,” fumed NYGOP Chairman Langworthy. “These dirty deals are textbook kickback schemes. She is brazenly selling lucrative state contracts to her donors and just because it’s likely done with a wink and a nod doesn’t make it any less criminal. She needs to be investigated and thrown out of office by the voters. It’s time for a taxpayer revolt against the corrupt Cuomo-Hochul regime.”