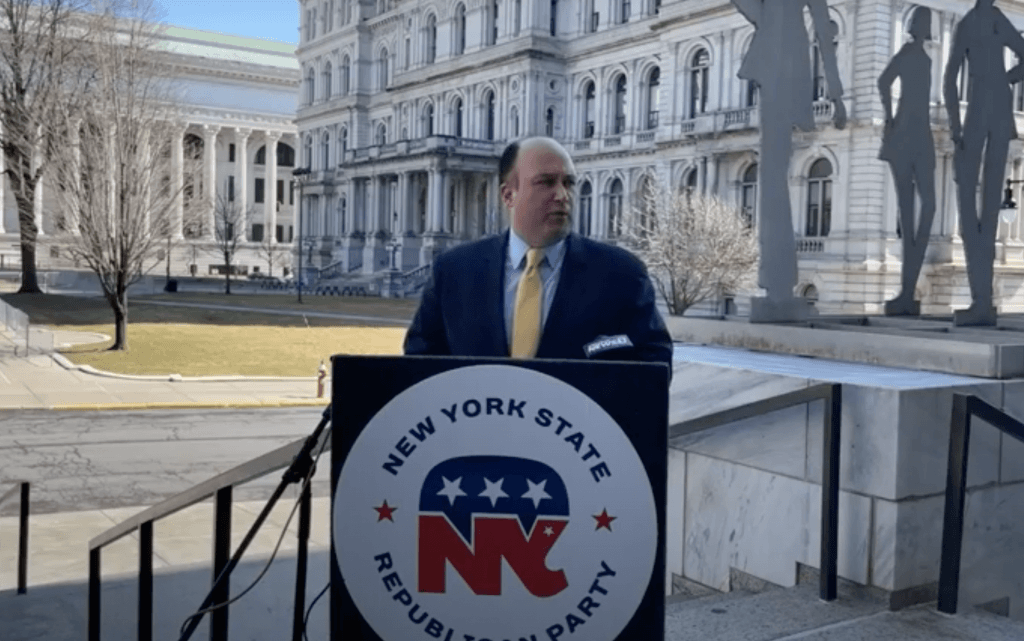 The request was filed on all staff in the executive chamber, including the governor, the lieutenant governor, the secretary to the governor, chief counsel, and legislative affairs. All forms of communication, including emails, texts, and phone records have been requested from January 1, 2022, through March 23, 2022.

Both Governor Hochul and her Lieutenant Governor Brian Benjamin have been dodging the press and refusing to answer any questions on their position.

“Kathy Hochul was part of the administration that made bail reform law and she has been firmly in support of it every step of the way. Now that she realizes she has a political problem, she’s trying to do damage control while continuing to cater to the radical left behind closed doors. We filed this FOIL request on behalf of the 20 million New Yorkers who deserve to know what their governor is saying and we are going to expose her for the phony she is.”