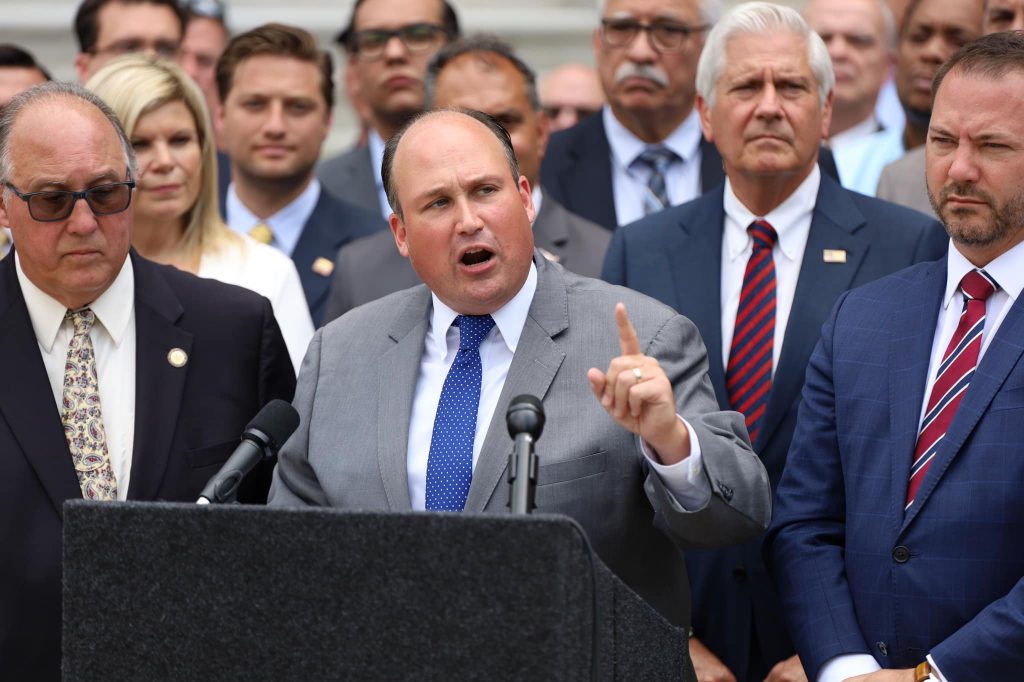 “In typical Albany fashion, Kathy Hochul is following in the footsteps of her mentor, Andrew Cuomo, and focused on making cheap headlines for her primary instead of making New Yorkers safe. Case in point: the Domestic Terrorism Task Force that was established and hasn’t even met once since its creation more than two years since its establishment. This package of bills does nothing to actually address the underlying mental health crisis at the center of the problem nor does it invest in securing our schools. If Hochul and legislative leaders cared about shooting victims, they would vote today to repeal their disastrous bail laws that have turned our streets over to violent criminals. Instead, they are focused on giving themselves election-year talking points and a pat on the back without doing the hard work. Shame on them.”