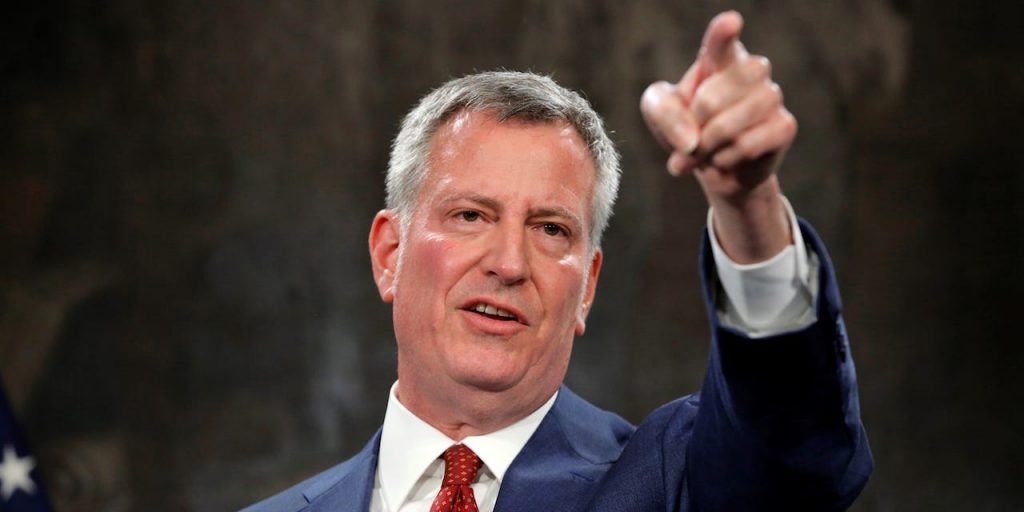 Pure Lunacy That Will Result in Deadly Chaos

“This radical, extreme agenda being fueled by the lawless Left is what’s at stake in this year’s election.”

New York–June 8th…New York Republican Chairman Nick Langworthy today slammed Bill de Blasio and the Democrat Party for adopting the extreme radical “defund the police” effort as pure lunacy that will have catastrophic and deadly consequences.
Chairman Langworthy noted the grave danger taking resources from the NYPD poses as New York City continues to be the top terrorist target in the world. “If de Blasio and the Democrats think they can stop a terrorist attack with a therapist they are living in fantasy land. This entire ‘defund the police’ effort is fabricated on lies and a stunning disregard or ignorance about the difficult, good work our law enforcement does to keep us safe.”
The NYPD is the most diverse police force in the world with officers representing every ethnicity and background. Incoming officers’ starting salary is barely above minimum wage. The department comprises more than twenty critical bureaus ranging from counterterrorism, to intelligence, to transit, housing, training and more. They even dedicate their resources to bureaus dealing with “Collaborative Policing” and “Equity and Inclusion.”
“What we are witnessing is the Democrat Party’s total embrace of lawlessness,” fumed Chairman Langworthy. “Whether it’s their new bail law that is letting dangerous career criminals go free, closing jails or now defunding the police, they have put the criminals in charge. If they get their way, it will lead to anarchy prevailing in New York and will cause even more people to flee our state.”
“We have already seen what a lawless New York City and completely demoralized, underfunded NYPD looks like, and the people most negatively impacted are minorities who were the disproportionate victims of crime. This dangerous, reckless, asinine policy would single-handedly destroy lives. This radical, extreme agenda being fueled by the lawless Left is what’s at stake in this year’s election and it must be defeated.”
###