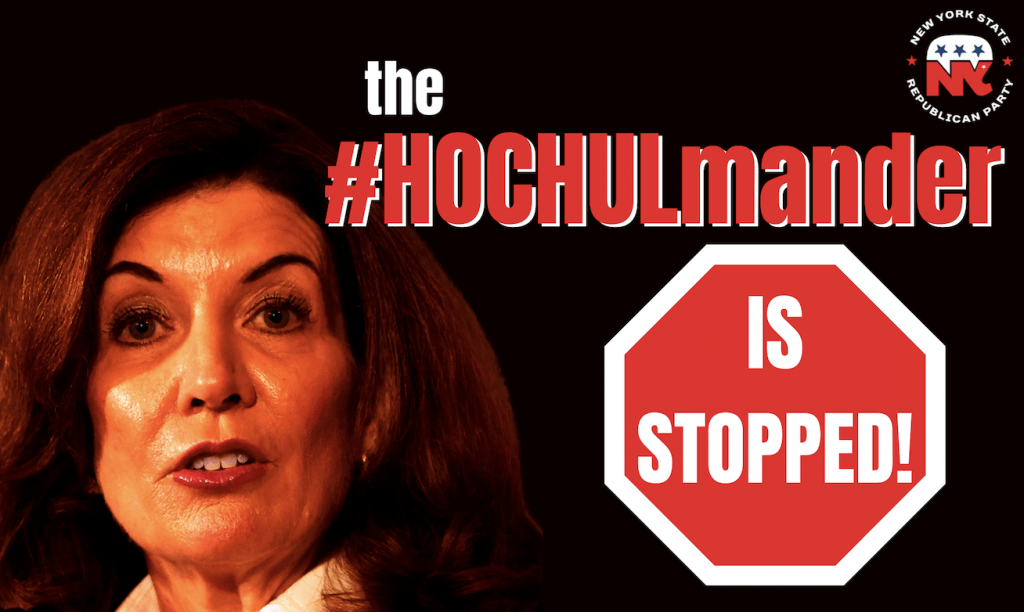 “The Hochulmander has officially been defeated. This is a huge victory for free and fair elections in New York. This case rose to the highest level of the state’s court system and at every stage, even the partisan-appointed Democrat judges couldn’t swallow how filthy this gerrymander was.  It bears reminding that in her first major interview after ascending to governor Kathy Hochul admitted that was her intention all along. This was an outrageous, brazen attempt to rig the election and violate the constitutional rights of every citizen in this state and Democrats suffered the defeat they deserved. Next up, November.”