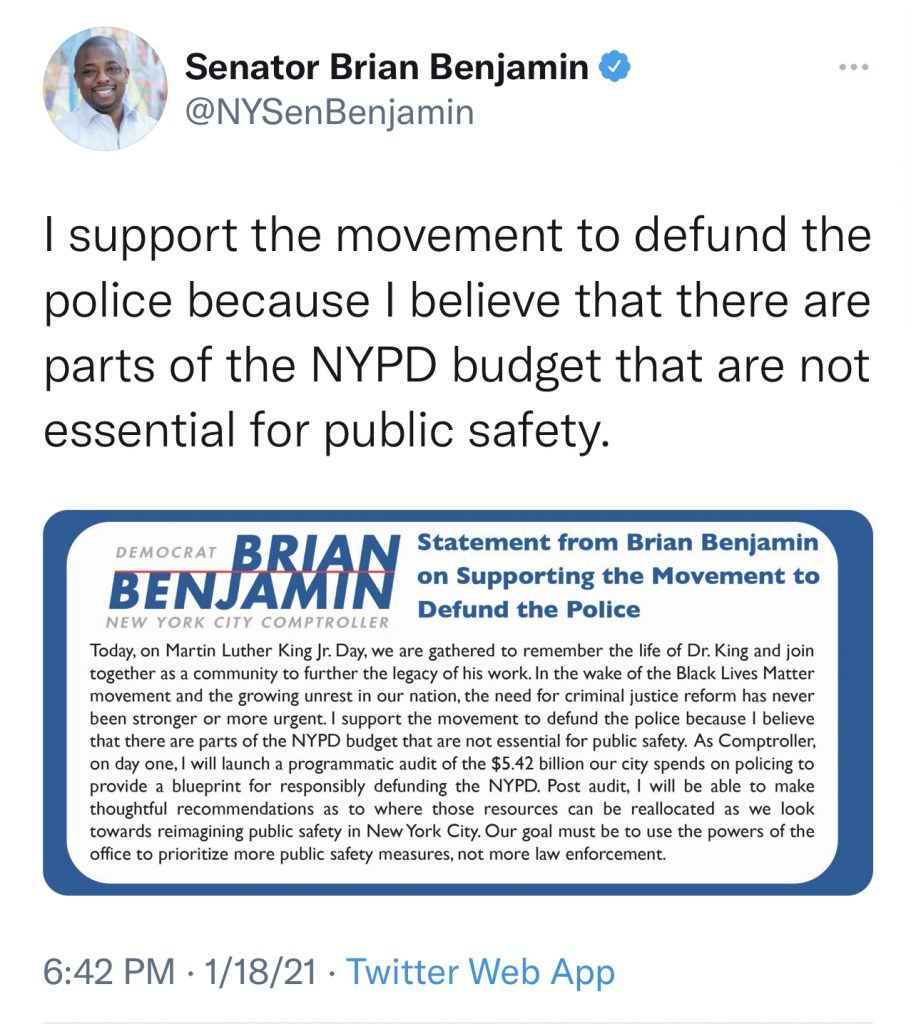 “New Yorkers are being shot, stabbed, raped, robbed and attacked in huge crime surges across the state of New York and Kathy Hochul just doubled down on Democrats’ dangerous agenda by appointing a “Defund the Police” radical leftist to serve as her second in command. This reckless pick proves that she represents a continuation of the same failed policies and underscores the urgency of electing a Republican governor in 2022 who will bring common sense and balance to New York.”
###