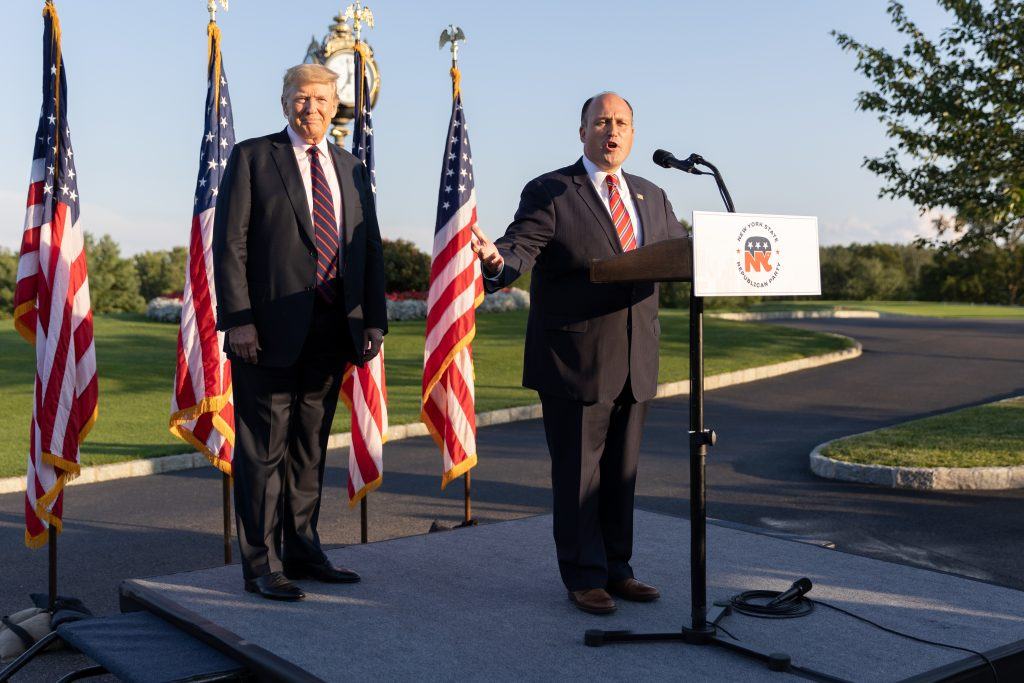 NYGOP RAISES MORE THAN ONE MILLION DOLLARS IN EVENT FEATURING THE 45TH PRESIDENT OF THE UNITED STATES DONALD J. TRUMP

Chairman Langworthy: “This Event was a Record-Breaking Success”

Briarcliff, NY–August 6th…The New York Republican State Committee raised more than $1 million last night at an event featuring the 45th President of the United States Donald J. Trump, the Party today announced.
The event was hosted outside at the Trump National Golf Club in Briarcliff Manor, where more than 400 New Yorkers were in attendance. This was the first event President Trump has headlined for the NYGOP since becoming the Republican nominee and being elected President.
“This event was a record-breaking success,” said NYGOP Chairman Nick Langworthy. “Between the incredible love for President Trump and Cuomo’s implosion, the crowd was absolutely electric. There is a huge sense of excitement and optimism for the future of the Republican Party in New York. President Trump recognizes this and we are so grateful for his loyalty and support in helping us secure the resources we need to win.”
###