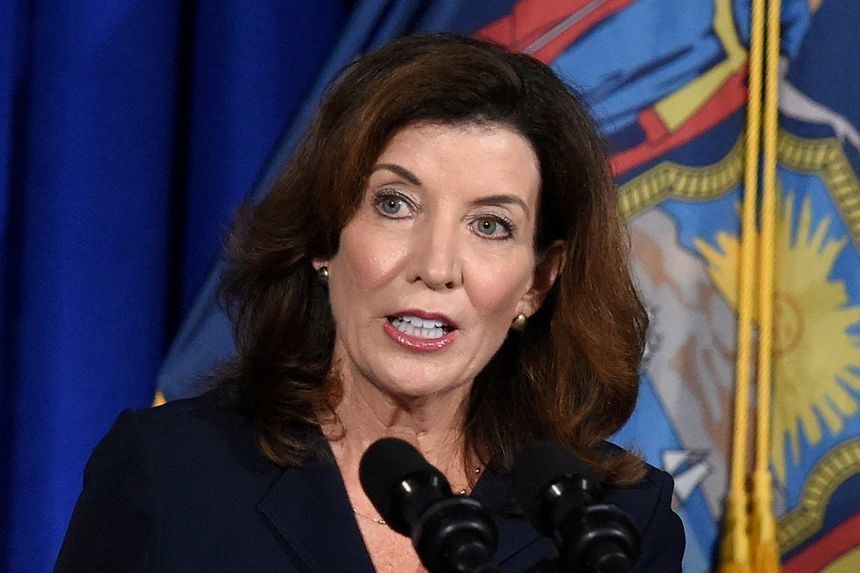 Langworthy: “If Governor Hochul wanted to make changes to bail reform, it would be done.”

New York–January 25th…New York Republican Chairman Nick Langworthy today ripped Governor Hochul and legislative Democrats for once again refusing to repeal–or even make any revisions–to their deadly bail reform laws that have created a public safety crisis. Chairman Langworthy blasted Governor Hochul, who could have put changes or repeal in her executive budget, as more proof that she is firmly in line with the radical left.

New York City Mayor Eric Adams in a press conference yesterday called for changes to Democrats’ bail reform laws that would give judges more discretion to keep violent offenders off the streets. Senate Democrats immediately shut down the proposal & so far Hochul has remained silent. She has also refused to condemn Manhattan DA Alvin Bragg’s policy of not prosecuting several crimes and reducing charges to avoid incarceration for many crimes, including ones that involve the use of a weapon.

“If Kathy Hochul wanted to make any changes to bail reform, it would be done,” said NYGOP Chairman Nick Langworthy. “She likes to talk a good game about the importance of safety, but her actions are the exact opposite, keeping New Yorkers trapped in this crisis. She has extraordinary powers through the budget process, but her failure to do anything proves she is firmly in line with the radical left. Perhaps she should spend less time raising special interest money and more time protecting the people of this great state. The only way to stop this madness is with the election of a Republican governor this November.”