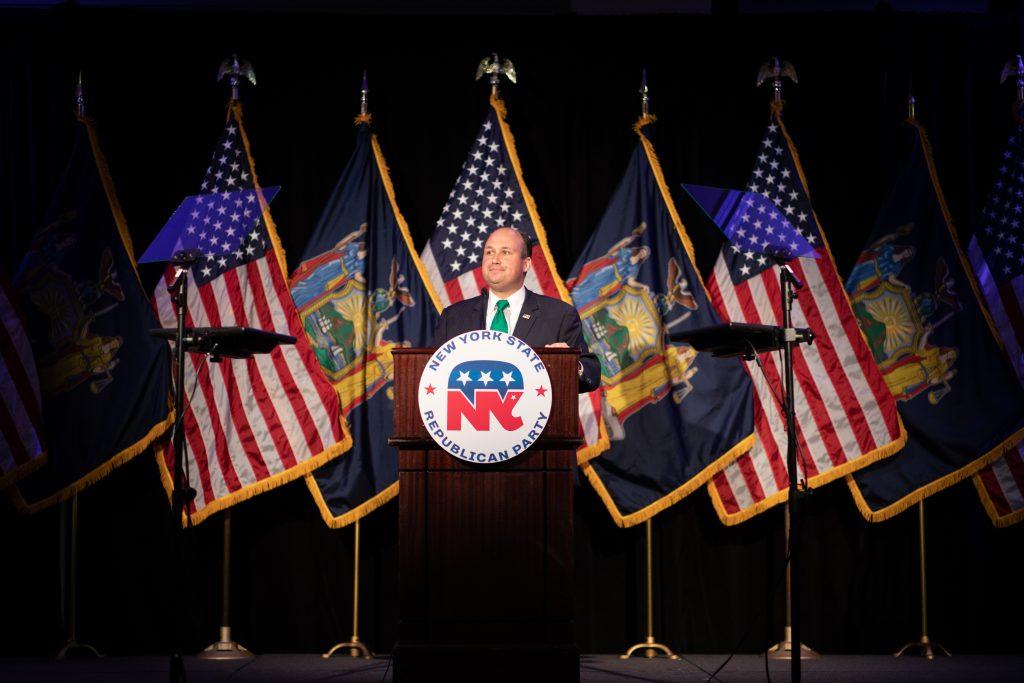 NYGOP Energized & Unified to Take Back Governor’s Office in 2022

Albany, NY–September 20th…New York Republican Party Chairman Nick Langworthy was unanimously reelected today at a reorganization meeting in Albany. Chairman Langworthy was first elected to lead the Party in July of 2019. State law requires a reorganization of state committee members every two years for the purpose of conducting Party business, including the election of a state chairman. “When I took the helm of the NYGOP two years ago, I made a promise that we were going to revitalize this Party and usher in a new fighting spirit,” said Chairman Nick Langworthy. “We set our sights squarely on taking out corrupt Andrew Cuomo and our ultimate mission of taking back the governor’s office. Two years later, we are celebrating one goal down and we are well on our way to our next when we will elect a Republican governor to save our state. We are gearing up for a national red wave and I’m so honored to lead our Party as we march toward victory.”