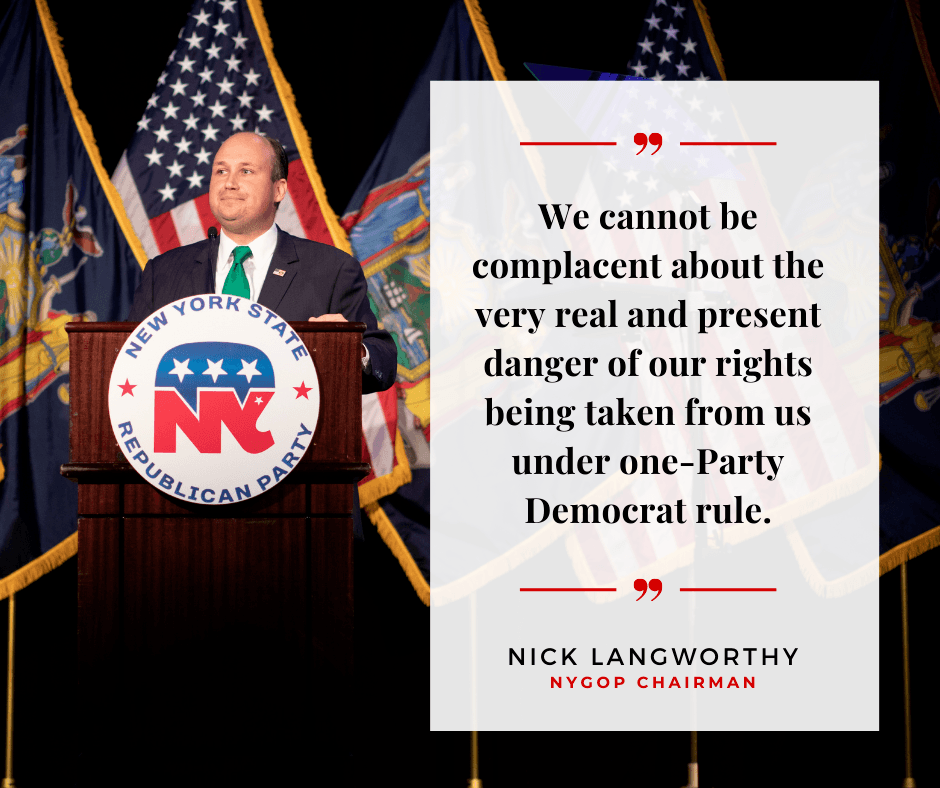 “The fact that this bill was even drafted and introduced gives you an incredible insight into the totalitarian, socialist mentality of New York Democrats”

Albany, New York–January 4th… New York Republican Chairman Nick Langworthy today blasted New York Democrats for their deeply disturbing and unconstitutional legislation that would allow the governor or his surrogates the power to detain individuals whom they deem to pose a ‘threat to public health.’
Chairman Langworthy is calling for an immediate withdrawal of the legislation for the 2021 session and blasted Governor Cuomo for refusing to outright condemn the bill’s objective or pledge a veto if it were to pass.
After the bill was discovered and a backlash ensued, Cuomo and other Democrats tried to downplay the bill’s chances of passage, but not a single one condemned the objective of the legislation or assured New Yorkers that they would not vote for it.
“The fact that this bill was even drafted and introduced gives you an incredible insight into the totalitarian, socialist mentality of New York Democrats,” fumed Chairman Langworthy. “King Cuomo and his lemmings in the legislature who have abdicated their power to him have already trampled over our constitutional rights with this virus. There isn’t a chance in hell New Yorkers should trust that this couldn’t become a reality.”
He continued, “Since the day he was elected, Andrew Cuomo has shown an utter disregard for the rule of law, and thanks to his feckless, rubber-stamp legislature, for nearly a year he has been allowed to rule like the dictator he’s always wanted to be. New Yorkers need to wake up–we cannot be complacent about the very real and present danger of our rights being taken from us under one-Party Democrat rule.”
###